Can you guess what Norfolk’s favourite dessert is?

To celebrate the upcoming series of The Great British Bake Off, comparison website Go Compare has whipped up a list of the country's favourite desserts. 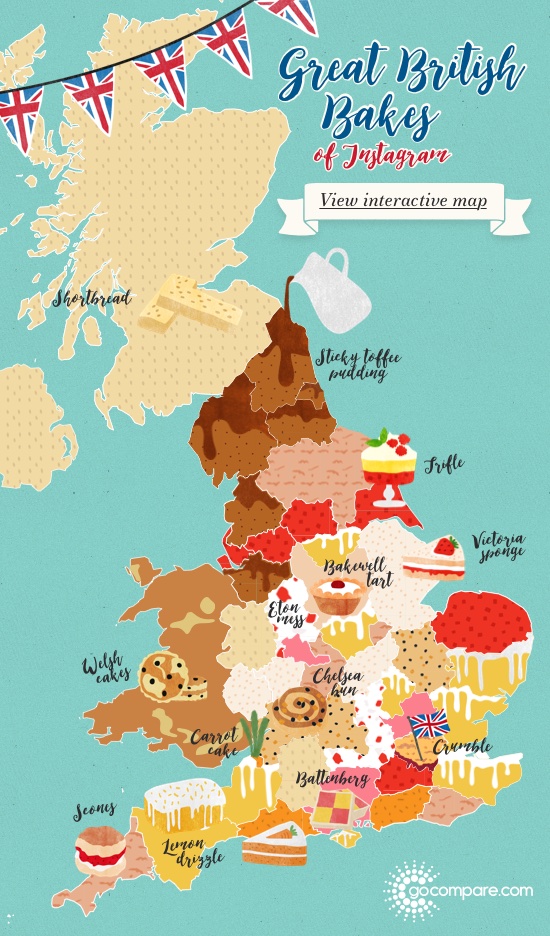 In Norfolk, it appears the hearts and stomachs of residents have been won over by the humble English trifle, with 7.5pc of the Instagram data collected for the county featuring photos of the classic pudding, making it nearly two times as popular here than across the rest of the UK.

The company's list of cakes and desserts was compiled from a selection of those featured on previous episodes of The Great British Bake Off and those referenced on sources such as BBC Good Food and BBC Food. This was then narrowed down based on cultural prominence and sufficient popularity on Instagram in the UK.

A total of 20,562 geotagged photos featuring relevant cake hashtags were gathered for analysis in order to discover what percentage of photos from each county featured the various desserts. The 'local favourite' was selected by working out which cake had the highest percentage in comparison to the national average.

As well as Norfolk, East Yorkshire, West Yorkshire, Greater Manchester, Merseyside and Surrey were all found to favour trifle, while Suffolk is shown to prefer a slice of lemon drizzle cake.

The country's most popular dessert was found to be scones, which appeared in 22.5pc of images, followed closely by the Queen's favourite, victoria sponge, which commanded 14.3pc.

Trifle ranked at number nine on the list, with the least favourite of the bunch being battenberg, featuring in only 1.4pc of Instagram photos.

• Did your favourite dessert make it into the shortlist? Let us know in the comments below.

'You want to be un-vaccinated? Go to Lowestoft' - rock legend's jab at town

Revealed: The cheapest towns in Norfolk to buy a home