8,052 miles - the distance Norwich City fans will travel to away games in the 16/17 Sky Bet Championship

Norwich City supporters can expect to clock up over 8,000 miles following their side in the Sky Bet Championship next season. 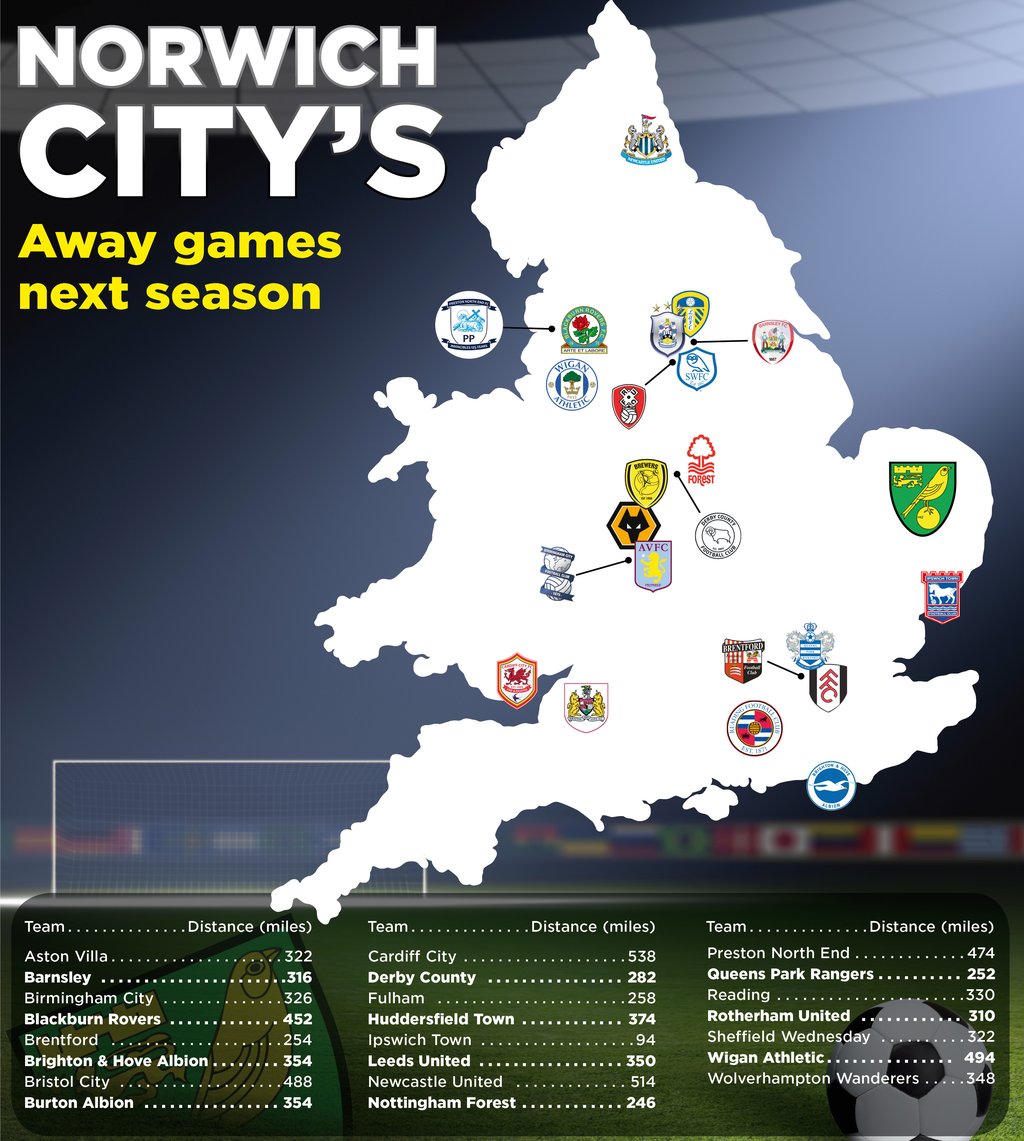 A 538-mile round trip to face Cardiff City is the Canaries' longest haul, closely followed by a 514-mile trip to face Rafael Benítez's Magpies.

The East Anglia Derby against Ipswich will be the shortest trip for Alex Neil's side, coming in at just 94 miles, with a 246-mile round trip to Nottingham Forest City's second shortest outing.

In total City supporters who go to every away game will cover around 8,052 miles this term, a figure calculated using the AA Route Planner, with Carrow Road as a start point. That's the equivalent of going from Norwich to Delhi, India, and back again.

City supporters will be expecting to have more to show for from the efforts on the road this term with their side a 10/3 shot for an immediate return to the top flight. Only Newcastle United are better priced at evens.

Norwich fans had to travel more than 7,000 miles to away games in the Premier League last season.

Driver dies in crash on A47

Motorcyclist dies in crash on A11