A team of JPH staff are helping in earthquake hit Nepal. Carrying out operations at the weekend. Picture: supplied

A team of surgeons and volunteers from Norfolk have been caught up in a second earthquake in Nepal, as it emerges that tens of thousands of pounds have already been raised by East Anglians to help those in need. 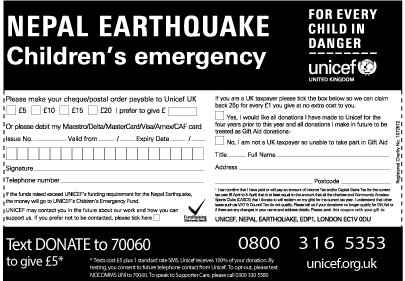 Three people from Norfolk’s Nepal in Need charity were caught in the epicentre of the second earthquake yesterday while distributing food aid and were left stranded 3,000 metres up a mountain.

The news comes as it emerges the Eastern Daily Press’s appeal with Unicef UK has so far raised £30,000 towards the recovery effort in Nepal, after its worst quake in 80 years killed more than 8,000 people.

Now the EDP, Unicef and Nepal in Need are making a fresh appeal for people to support the ongoing recovery effort.

David Ellis, chairman of Nepal in Need which has sent out a team of surgeons from Gorleston’s James Paget University Hospital (JPUH) and volunteers, said a relief team, with two Norfolk-based volunteers, was caught in the epicentre of the second earthquake while distributing food aid.

He said: “There are three people from Nepal in Need stranded 3,000m up a mountain where they were delivering rice to survivors from the first earthquake. Darkness is falling in Nepal and they have no option but to stay where they are.”

He added: “They cannot move because of the danger of landslides. Landslides killed around 50 villagers who were walking to our lorry to collect rice. They were buried beneath the landslides, it’s just terrible.

“The team say about 100 Nepali people have been killed in the area they are in. They told me the ground shook for at least 30 seconds. They watched as clouds of dust rose from villages as houses collapsed.”

A Nepalese rescue team inspects the site of a building that collapsed in an earthquake in Kathmandu, Nepal, Tuesday, May 12, 2015. A major earthquake has hit Nepal near the Chinese border between the capital of Kathmandu and Mount Everest less than three weeks after the country was devastated by a quake. (AP Photo/Niranjan Shrestha)

Unicef UK has so far raised £2.4m, and estimates that around 1.7 million children have been seriously affected by the first earthquake. It is working to provide safe and clean water to families, ensuring children have a safe place to learn and play, and is also protecting children from dangerous diseases. It is targeting more than half a million children in an emergency vaccination drive, as fears grow of measles outbreaks in the informal camps which survivors are living.

Dr Ellis said: “People have been so generous to our charity, which is small without deep pockets, but there is so much more that needs to be done and it has been made far worse by the second earthquake which we believe has caused similar damage to the first.”

He added: “We would greatly appreciate additional donations to www.nepalinneed.org so we can do more to help the people of Nepal recover from this double disaster.”

Kamal Aryal, a Nepalese surgeon who is part of the JPUH team operating on survivors from the first disaster, felt the tremors in Kathmandu.

He said: “I was very shocked by the second earthquake. I immediately went to see my family who live in Kathmandu – they are okay. We are very fearful of further shocks and earthquakes.”

Michael Flores, a JPUH orthopaedic surgeon, said yesterday: “The Kirtipur Hospital, where we were, swayed this morning, but fortunately remained intact. It was a unique and somewhat scary experience. Yesterday there was a tremor before the second earthquake while we were operating.”

‘Families are staying under makeshift tents’

The team from the Paget flew out to Nepal on May 3 and since then they have been treating people in and around the epicentre of the first quake, which struck on April 25.

Orthopaedic surgeon Mile Flores described the scenes they had faced while working near Gorkha, the area where the Gurkha soldiers come from.

He said: “We initially visited Dharbung a hamlet of 60 homes. Ten had been flattened and a further 35 were uninhabitable.

“Kamal disbursed the food supplies he had brought and also a generous amount of money to the village chief.

“Families are staying out under makeshift tents and the oncoming rains will make conditions significantly worse.

“We slept under a tarpaulin in the company of the family water-buffalo.

“We did a clinic in the medical centre the following morning and saw about 40 patients with minor ailments.

“The second village of Arubas Dhading was completely destroyed and there were no habitable dwellings.

“It is perched on top of a hill and extremely isolated.

“Despite their appalling living conditions the villagers were incredibly warm and treated us with unbelievable hospitality.

“No aid has been given to these villages to date. This may be due to their remote locations that are only accessible by a 4x4 vehicle.”

The JPUH surgical team has treated six patients, including two boys aged nine and 12, who otherwise risked death or disability without treatment.

One patient was seriously injured, with a bone jutting through the skin. An external leg brace was fixed which will remain in place until the fracture heals.

Mr Aryal said the last patient on the first day’s theatre list was a 53-year-old woman whose plight illustrated the scale of the injuries and the impact of the devastation and poverty in the region.

He said: “She had a fracture of the left arm. We set the patient’s arm but she must sleep with her head up which is easy to achieve in hospital by raising the end of the bed and at home with pillows.

“But this woman is an earthquake victim and has lost her house completely.

“We explained to her she needs a pillow to support her during sleep. Our anaesthetist, Andreas Brodbeck, gave her around £20 in rupees to buy some pillows.”

Hospital chief executive Christine Allen said: “We are enormously proud of the work that the team are doing in Nepal to help people recover as far as possible from their injuries. They have already made a huge difference to six families and expect to treat many more.

“Our local charity partners, Nepal In Need, are funding the doctors’ mission and we are appreciative of their support for our staff.”

• Are you raising funds to help the victims of the earthquakes? Email kim.briscoe@archant.co.uk

If you value what this story gives you, please consider supporting the Eastern Daily Press. Click the link in the orange box above for details.

‘Covid has taken the joy out of retail’: Fashion store owners closing down after 23 years

Be prepared for torrential thunderstorms as hot weather continues

Latest from the Eastern Daily Press

Byram ruled out of City kick-off after injury setback